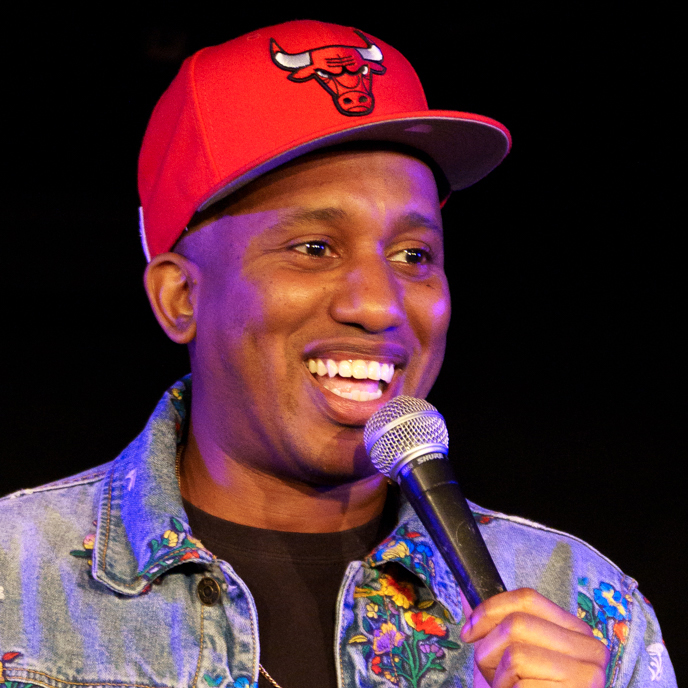 Chris Redd’s first one-hour comedy special Why Am I Like This? just premiered on HBO Max in November 2022. Redd was a repertory player on NBC’s Saturday Night Live for 5 seasons, and is the co-creator, writer, and star of Peacock’s scripted comedy series, “Bust Down”, which premiere earlier this year. He received the Emmy Award in 2018 for Outstanding Original Music and Lyrics for the “SNL” song Come Back, Barack. In 2019 Redd released his debut stand-up album, But Here We Are. Redd starred in the independent horror film Scare Me and can be seen in the comedy films Vampires vs. the Bronx, Deep Murder, The House and A Futile and Stupid Gestures. He appeared in the 2016 film Popstar: Never Stop Never Stopping and opposite Kathy Bates in the Netflix original comedy series Disjointed and was featured in the series Wet Hot American Summer, NBC’s Will & Grace, Netflix’s Love, TV’ Land’s Teachers, Comedy Central’s Detroiters and Comedy Central Stand-Up Presents. He portrayed the character of ‘Gary Williams’ on the NBC comedy Kenan for two seasons.  Redd has also loaned his voice to many projects including Netflix’s Big Mouth, Audible’s 64th Man and Disney’s Star vs. the Forces of Evil. Additionally, he was featured as a 2016 Standup New Face at Just for Laughs in Montreal.