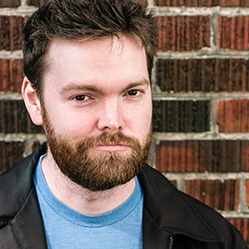 Kyle Bottom is a Canadian stand up comedian based out of Vancouver BC. Kyle has been performing comedy since late 2005. There have been ups and downs along the way but even on the worst days, Kyle wouldn’t give up comedy for anything. The comedic journey has taken Kyle across the country, all the way to Moncton New Brunswick! Kyle has performed twice at the Hubcap Comedy festival in Moncton, twice at the Just for Laughs festival in Montreal, and once at the Winnipeg Comedy Festival. With over a dozen appearances on CBC Radio’s “The Debaters”, Kyle has solidified his comedic voice. He’s a nerd, he’s a jerk, he’s a dork, and he’s dark.