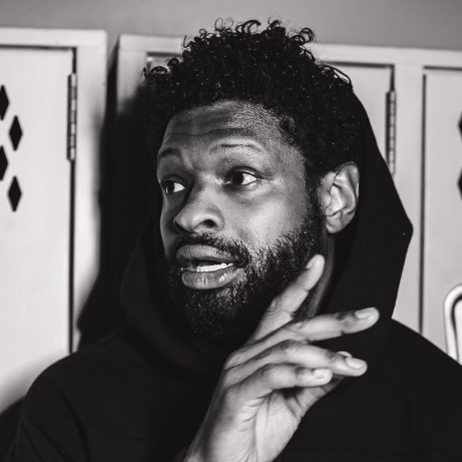 The man with the smile of a thousand angels, Derek Gaines, a California born New Jersey resident, raised a new face in the wonderful art of comedy. July 29th 1984 was the day that the Lindenwold's only campaign began. Derek started in the vicious comedy clubs of Philadelphia and than began to move around the tri-state area (Pennsylvania, New Jersey, New York) working and still working on what he would like to call the "Left field crusader show", the style of comedy that speaks to all but touches the very hearts of the Black, "can't-be-a-thug suburbanite only children" of the US. Derek trusts and believes God for this gift he has been given and just wants to bring it back for the people. "Progress and not peril" is his motto and he plans to take that with him through every stage of his career.