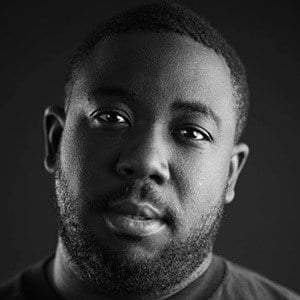 David Gborie is a Los Angeles-based stand-up comic, actor and writer originally from Denver, CO. David’s recent credits include AP BIO (NBC), NEW NEGROS (Comedy Central), THOSE WHO CAN’T (truTV), THE UPSIDE WITH IAN KARMEL (Comedy Central Pilot) and ACTING OUT (MTV). David was selected as a New Face at the 2016 Just For Laughs Festival and one of Comedy Central’s Comics to Watch for the 2015 New York Comedy Festival. He has also appeared at The Bridgetown Comedy Festival, SF Indie Fest, Denver’s Too Much Funstival and the SF Punchline, among others. David has previously written for F-Comedy (Fusion's digital platform) and Ian Karmel’s Comedy Central sports pilot. He currently co-hosts the podcast ALL FANTASY EVERYTHING alongside Ian Karmel, which is available on iTunes, and is the voice of Comedy Central. In 2019, David recorded his first stand-up special for Comedy Central which premiered in November of that year.