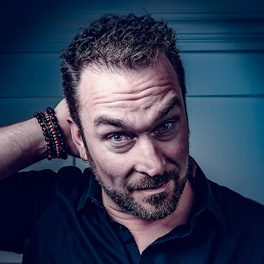 Montreal-based Derek Seguin is one of the most sought after stand up comedians on the international circuit. He has performed at the prestigious invitation-only Just For Laughs festival an impressive 10 times as well as appearing numerous times at every other major festival in the country, making several television appearances along the way. Last year, he appeared in The Nasty Show and proceeded to steal that too. A true star and Montreal’s pride and joy.” He has also appeared on CBC Radio’s, “The Debaters” more than thirty times and is one of the show’s fan favourites. Undeniably one of Canada’s hottest comedians, he fittingly walked away with the top prize of Sirius XM’s Canada’s Top Comic competition; a contest that spanned the entire country with finalists from every major city. He ended up the winner of the title of Top Comic, 2015.