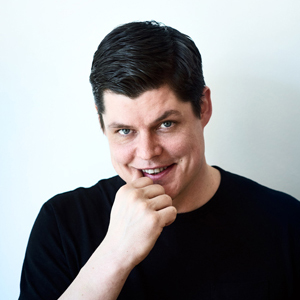 A gregarious and dynamic comedian with a knack for telling it like it is, Rob has become one of the brightest voices to hit the Canadian comedy scene. With unmistakable charm, wit and trade-mark act-outs, Rob is a must see performance. Rob has also appeared as a regular on the MTV series Punk'd and recently had his one hour “Comedy Now” special air on the Comedy Channel. In 2013 Rob performed at all 3 Major Canadian TV Comedy Festivals - Just For Laughs Montreal, Ha! Halifax Comedy Fest and The Winnipeg Comedy Festival! Rob was one of the few selected to the prestigious Investor's Group Comedy Tour of Ontario in 2013 and slated for the Maritime and Mid-West Canada versions for 2014. Only the funniest clean comedians are chosen for these tours, so very high praise indeed! Rob is a "military brat"; he was born on a base in Halifax and moved with his military father to Edmonton. He has played various military bases throughout Canada and has been involved with several Military Comedy Benefits.

Show attendees must be fully vaccinated or show a recent negative COVID test. Customers can display that they are fully vaccinated by presenting a vaccination card, electronic medical record, or other form of proof.

Customers must display a negative COVID test before entry. Negative result must be within prior 72 hours.